On Finding… The University of Toronto in Prague

On Finding… is a new series on my blog where I show you an unexpected find in the places I’ve visited. 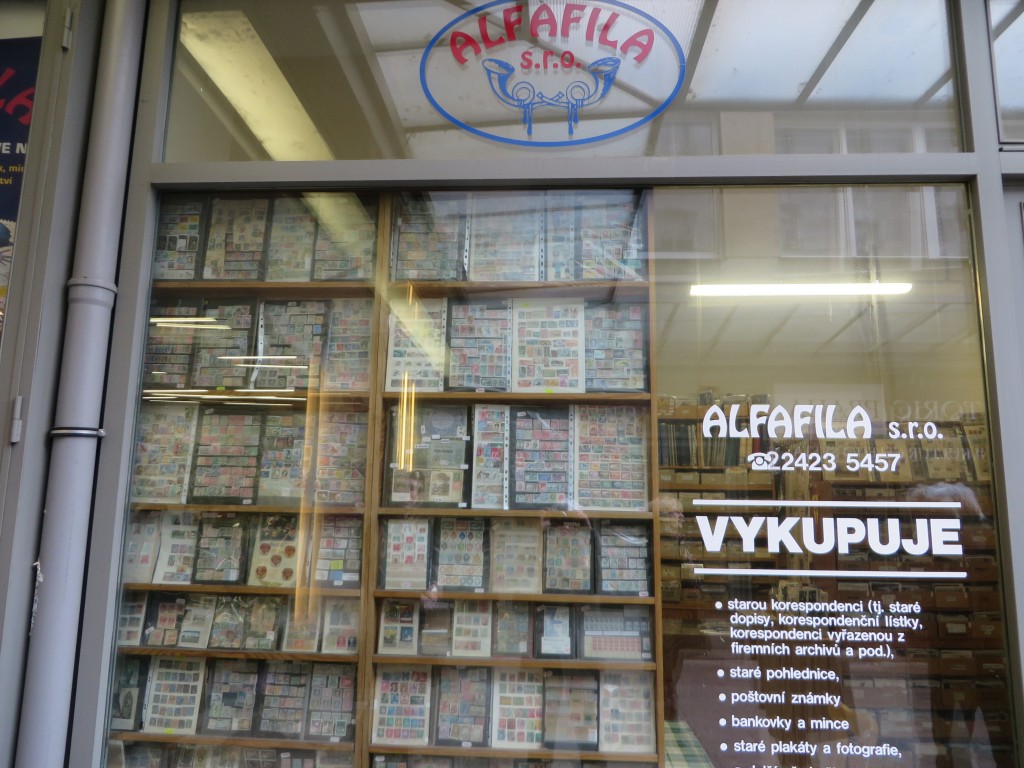 It smelled like your grandmother’s house. You know, the scent of decades old paper with curled corners and yellow edges combined with dust. This place is tucked in an alley just off Wenceslas Square in Prague. The window depicts two overlapping post horns: coiled brass instruments that were once carried by mail men to signal their arrival and departure in different towns.

Thinking about it now, I can imagine those who knew the sound of the horns would feel sentimental at its image. I envision men sitting at wooden writing desks hearing the horn and running out of their homes, the red wax seal still drying on the envelope addressed to…

This shop is pure nostalgia. 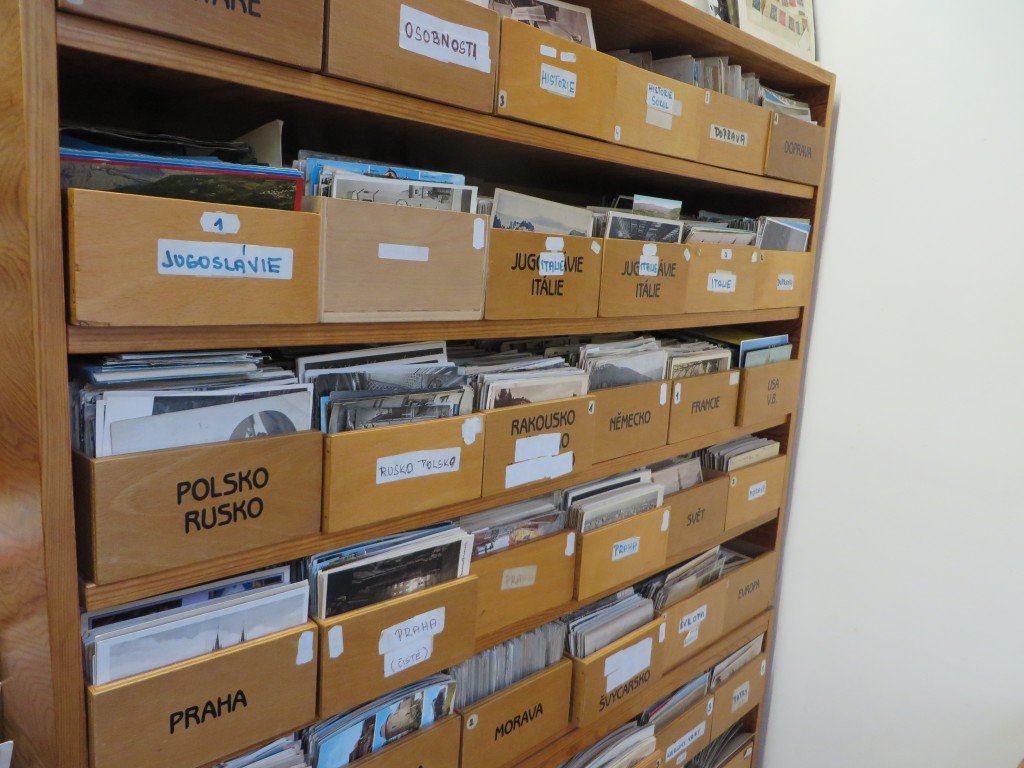 Drawers — the ones like librarians once used to help you find books in the library (you remember the Dewey Decimal system, don’t you?) — filled with words perhaps now forgotten by their original recipients. The senders probably now lost to their loved ones. Postcards. They were ordered alphabetically by country and city of origin. I pulled open the drawer marked Praha and flicked through the vintage images.

Vasek, the shopkeeper and my partner’s dad’s cousin, offered us Slivovitz – this one an apple brandy that was to be my downfall later that night. Empty shot glass in hand, I examined the contents of the glass display case that separated Vasek and us. Old medals, coins, and jewellery were inside. I wondered about the history, the context — the story.

I asked him where he finds all of these things. My partner’s dad translated into Czech. He said from all over – garage sales and property sell-offs. Some people who know about his shop give them to him. My partner’s dad explained that I was from Canada and Vasek smiled. He pulled out another box that my partner’s dad told me was “the good stuff”.

Inside were more postcards, many covered in plastic, many almost a hundred years old. I cautiously went through them one by one. Niagara Falls, Prince Edward Island, Toronto circa 1984, Toronto University, Quebec City… And then it registered. I went back to the drawing of the Romanesque revival style building and pulled it out.

“That’s where I went to university!” I said. I started looking for my wallet while my partner’s dad translated.

Vasek shook his head and pushed the postcard towards me. 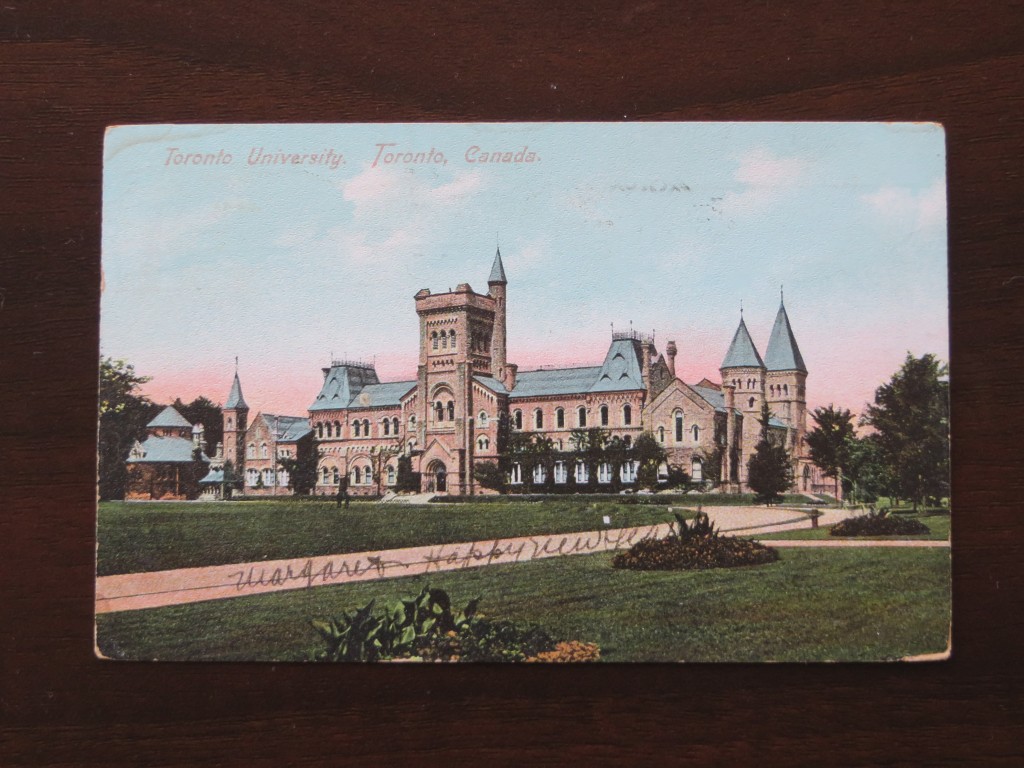 I smiled back and tried to say thank-you in Czech, but I was too excited to remember how. I suspect he understood anyway because he nodded and said “Prosím, prosím.” I wasn’t at UC but it is one of the iconic U of T buildings. 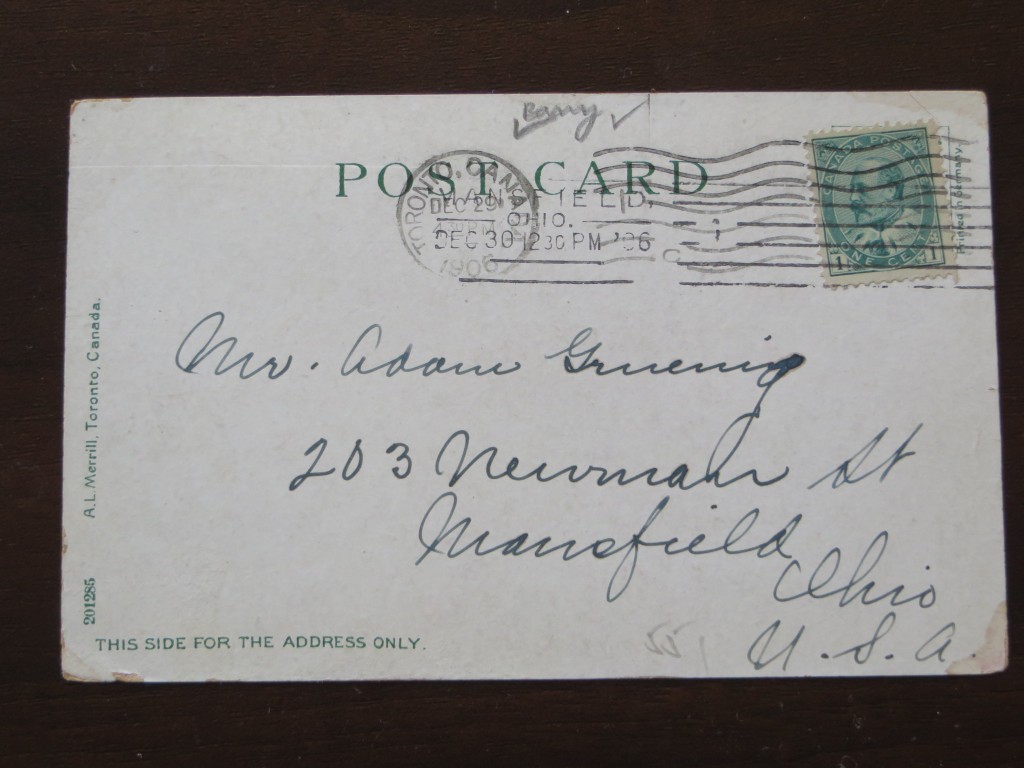 The front says Margaret – Happy New Year, while the back doesn’t have a message, just an address in Ohio. If you look closely you’ll see it’s dated 1906. The stamp with King Edward VII on it is another clue. The postcard is around 108 years old dating to before the First World War. I’m curious – was she a student? Who’s Adam? How did this postcard end up in Prague?

I have no idea, but I’m pretty proud to have this small piece of history – especially one of a place as dear to me as my alma mater.

With another shot of Slivovitz and an enthusiastic two-cheek kiss, we said “Ahoj !” to Vasek.

2 thoughts on “On Finding… The University of Toronto in Prague”